Up late once again. Bought replacement memory for MONSTERBOX on Sunday after visiting the car show with Aaron, Wade and Crazy Carl. Saw the Lotus Exige on display and decided it could safely replace the Eclipse for a few years. Never heard of the Exige? Here’s a photo of one that’s for sale in downtown Minneapolis: 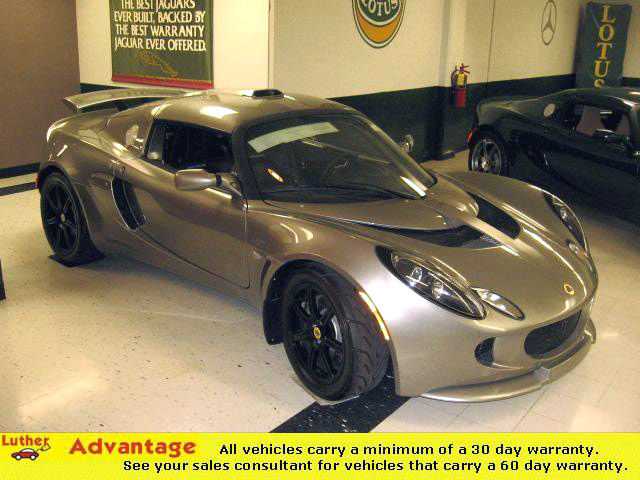 Not bad, huh? So back to that replacement memory. Last September I purchased Corsair brand memory paying just over $100 for a 1 GB stick. While I was at the car show on Sunday, I ran Microsoft’s free memory test software. That stupid Corsair stick failed every test. No wonder MONSTERBOX has been rebooting itself at random times and losing the occasional digital photo during file copies among other odd behavior. How did I end up putting up with this for so long? Patience and tolerance. I learned about those between 2002 and 2005. I took a four month break from patience and tolerance during Spring Break 2005. After the break was over, it was right back to the patience and tolerance grindstone for the super genius.

I brought back my entire cassette tape collection among other various items from my house in Houston. I’ve been wondering what the heck to do with all of these tapes. Converting them to MP3s was the most logical choice, but it took me an entire day to do a few tapes last year. Here’s my tapes and below that there’s a look at the old way I was converting tapes to MP3s. 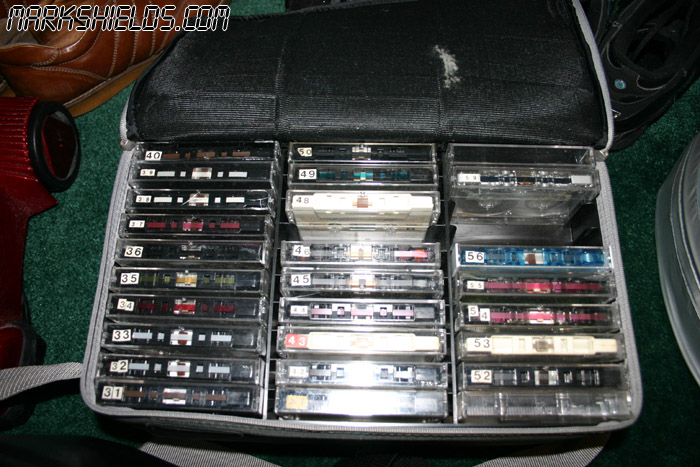 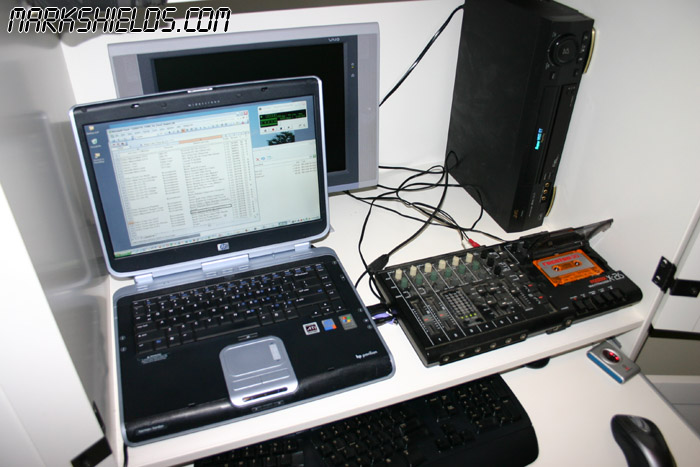 Now I can pop a tape into the Plus Deck which fits in a 5.25” drive bay in MONSTERBOX — and let the automatic importing commence. It will supposedly try to create separate MP3 files, but I would rather just let you download the whole thing and skim through the MP3. It’s only fair — I had to do it with the tape, so why shouldn’t you get to suffer? I’ll try to get a few tapes scanned in every week until I make it through all of them. Here’s a look at the unit itself: 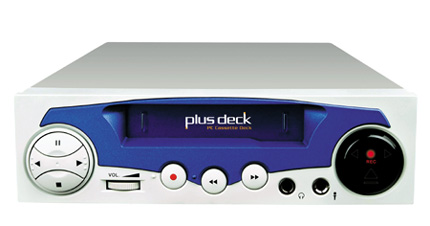 So, what else? I ran three miles and walked one mile at the gym last night. More specifically, I ran mile one and two at six miles an hour. I walked mile three uphill with the treadmill set at a 15 degree angle. I reduced the pitch by 2.5 degrees every quarter mile. I then ran mile four at six miles an hour again, but it was pretty tough going and I wanted to stop several times. I rarely go further than three miles at a time. Today I’m feeling minor repurcussions. After I got back from the gym and parked my car, I ran into Team Chaos. They in turn took me up to visit Team Awesome. Three margaritas were then imbibed by me. Woot.

Oh, and speaking of woot, there’s a site with one-a-day gizmo specials called woot that I learned about last week when I was in California with my fellow insurance company programming brothers and sisters. Very interesting.

I need to post the other half of my Austrian video blog, but I’ve been slow to edit down the rant that I give on our way to buy kaesekrainers. Trust me, I’m talking crazy. Also included in this half of the video is the brief overview outside the Berlin police station we give on how our rental car was towed. It’s then off to a rest stop in the middle of Germany that has really cool automatically washing toilets seats. I believe we are in Bavaria briefly while Amy writes letters to friends and family. The tape finally ends on the aforementioned walk. Here’s the food we finally get being carefully balanced by Amy. I call this the kaesekrainer workout video: