Hey now. This is a short little entry I’m making because another blogger linked to my Superman deleted scenes. He requested the scene where the ”stormtrooper” gets blown away. In the extended DVD release that came out in 2001, you see the Kryptonian council detecting that Jor-El is using ”too much energy” so surely something is up with that. They send in some guy (below) dressed in a white suit with a mask on to go get him and throw his ass into the Phantom Zone. The ”cop” never gets there, though, because the planet is busy blowing itself up. Check out the clip which is super short and clocks in at less than 5 seconds. The scene itself reminds me of how the Disney film ”The Black Hole” ends with Maximillion having human eyes and presiding over what appears to be hell. It’s either that or El Paso. 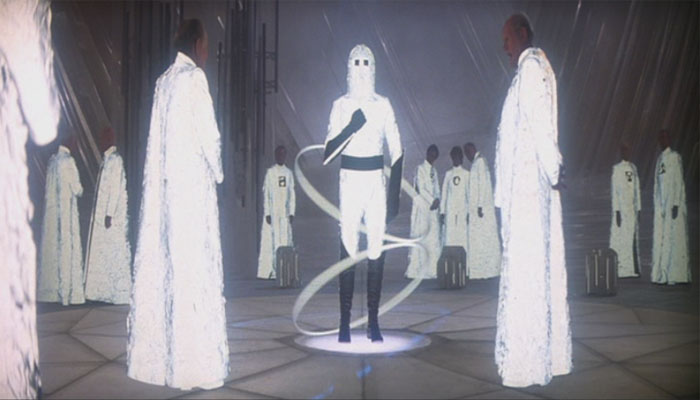